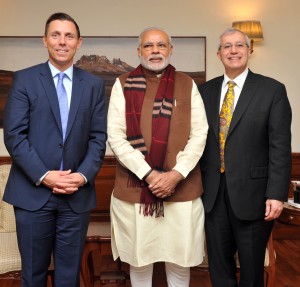 Fedeli met the Prime Minister along with Opposition Leader Patrick Brown and other members of the Official Opposition.

During the meeting, Fedeli spoke of the new program for Indian students studying aviation at Canadore College.

Fedeli also talked about the importance of the Indian Air Force’s tour of North Bay that took place during his tenure as Mayor, and asked the Prime Minister to consider another Indian training mission be organized.

Prime Minister Modi, meanwhile, spoke about the many opportunities for Ontario teacher graduates in India, including those from Nipissing University‎.