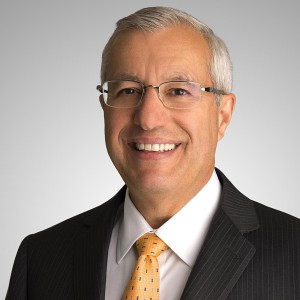 Vic Fedeli at a Glance

The Honourable Victor Fedeli is a lifelong entrepreneur, successful businessperson, author, and philanthropist, and serves the Ford government as Minister of Economic Development, Job Creation and Trade.

His business experience led his firm Fedeli Corporation to be ranked 34th in the Top 50 Best Places to Work in Canada in 1989. It also served him well, when he was elected to two terms as Mayor of North Bay from 2003 to 2010. As Mayor, Vic focused on fiscal prudence and economic development, restoring hope and restoring solvency to North Bay.

In 2011 Vic was elected to the Ontario Legislature and is now serving his fourth term as MPP for Nipissing. In 2018 the PC Caucus unanimously elected him to serve as Interim Leader of the Official Opposition.

Vic served ten terms on the Board of the North Bay and District Chamber of Commerce, served as Director with Global Vision, and has served on many agencies, boards, and commissions, often as Chair.

He is married to local humor writer Patty and is always seen in one of his trademark yellow ties.

Vic Fedeli was born and raised in North Bay. His grandparents chose to come to Ontario from Italy with ambitions of a far better life and more opportunity for their young families.

In his 20s he opened Fedeli Advertising, the first ad agency north of Toronto. As a young entrepreneur, he developed the company into a global agency doing work all over the world, from their base in Northern Ontario. One of the proudest moments of his business career was when Fedeli Corporation was named 34th in the Top 50 Best Places to Work in Canada.

In 1992, Vic sold the firm and devoted the next 11 years to managing three non-profit ventures. He founded Air Base Property Corporation, a local development agency that took over the airside assets of CFB North Bay. Vic used his business experience to write the business plan that attracted Voyageur Airways and other companies, now employing several hundred people and bringing in aircraft from around the world.

In 2003, Vic ran for mayor of North Bay and as a first-time candidate was elected with 75% of the vote. He was re-elected in 2006 in another landslide. As mayor, Vic transformed the city, restoring both hope and solvency. Moody’s Investors Service took notice, increasing the city’s credit rating five times to their highest possible rating – substantially reducing the city’s debt interest payments.

He made news on both sides of the border when he successfully launched a grassroots campaign to reverse the U.S. ‘Buy American’ provision, earning special acknowledgment from then U.S. Ambassador to Canada, David Jacobson.

In 2011, after keeping his promise to serve only two terms as mayor, Vic was elected as Nipissing’s MPP. In opposition Vic held shadow cabinet appointments in energy and finance, and was unanimously elected by the PC Caucus to serve as Interim Leader of the Official Opposition. Since the successful 2018 election, Vic has served in several cabinet positions including Chair of Cabinet, Finance Minister, and Minister of Economic Development, Job Creation and Trade.

Vic and his wife Patty live in Corbeil – the birthplace of the Dionne Quintuplets!